(PONTE VEDRA BEACH, Florida) – Bobby Weed Golf Design’s restoration of Medalist Golf Club, in Hobe Sound, Fla., will be on full display this weekend in Capital One’s The Match: Champions for Charity. The televised 18-hole match play event on May 24 will feature Tiger Woods and Peyton Manning against Phil Mickelson and Tom Brady. 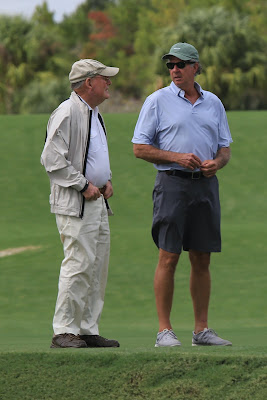 Bobby Weed, who was mentored by Pete Dye and enjoyed a nearly 40-year relationship with him, restored the 1995 Dye layout in its entirety. Living onsite during construction, Weed returned two cornerstones of the original design that will be conspicuous during the match: the revetted, stacked sod bunker faces and the nearly endless vistas over the surrounding freshwater marshes.

“The restoration of Medalist was a flagship project for me, a chance to recreate the flair and authenticity that only Pete could instill in a course,” said Weed. “I am excited to see that originality showcased by this weekend’s event.”

With spacious fairways that meander elegantly around and over the marshes, Medalist offers numerous strategic lanes and encourages players to hit driver. The low-profile green complexes were dropped back to ground level, as Dye had built them. Finished personally by Weed, the subtle contours in and around the putting surfaces allow players to create shots that fit their games.

The perimeters of the holes are trimmed neatly with coquina shell and pine straw, enhancing the layout’s Audubon-like aesthetic, while the ever-present sea breeze offers a different challenge every round. Meticulously manicured to tournament-like conditions on a daily basis, Medalist is the home course of a number of PGA TOUR players. Woods, who frequents the club to practice and play, lent his approval to several new “Tiger” tees that Weed constructed during the project, and a number of them will be used during the match.

Fundraising associated with the event will support national and local beneficiaries aiming to assist communities affected by the COVID-19 pandemic.

For information on Bobby Weed Golf Design, see www.bobbyweed.com.
Posted by Blogger at 5:30 AM