(PALM BEACH GARDENS, FLORIDA) - The PGA of America today announced that the 2020 KPMG Women’s PGA Championship has been rescheduled for October 6-11 at Aronimink Golf Club in Newtown Square, Pennsylvania, provided it is safe and responsible to do so at that time. 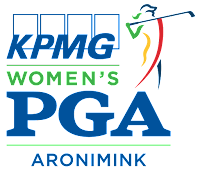 The PGA of America will work closely with public health officials at the national, state and county levels through Championship Week. The health and safety of players, spectators, volunteers, rules officials and staff remain the top priority.

The KPMG Women’s PGA Championship was originally scheduled for June 23-28.

“In this unique and unsettling time, it became evident that finding new dates for the KPMG Women’s PGA Championship was a prudent choice for the LPGA players, the local community, Aronimink membership and our staff,” said PGA of America President Suzy Whaley. “Throughout the process of making this decision, we appreciated the support we received from our friends at KPMG and the LPGA. Collectively, we remain resolute in our commitment to this Championship as well as helping future generations of women be more successful on and off the golf course.”

One of the LPGA’s five majors, the KPMG Women’s PGA Championship is a collaboration of the PGA of America, LPGA and KPMG, and focuses on the development, advancement and empowerment of women. The event is held in conjunction with the KPMG Women’s Leadership Summit, which will now be held on Wednesday, October 7.
Posted by Blogger at 5:00 PM