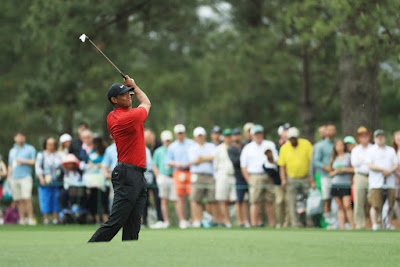 
(RELEASE) — 5 THINGS YOU NEED TO KNOW ABOUT TIGER'S WIN:
- Tiger's 15th major championship title is the 7th global victory for TaylorMade’s 2019 M5 & M6 Drivers featuring Twist Face Technology.
- As he has since the Farmers Insurance Open, Tiger opts for the M5 driver at 9° with the weights split in the rear track; recently, he's made the switch into a Diamana D+ 60 TX shaft.
- In addition to his M5 driver, Tiger also plays a 13° M5 fairway equipped with a Mitsubishi Diamana D+ 70 TX shaft.
- The Farmers Insurance Open also marked a new era for Tiger and his irons as he first put into play the highly-anticipated P•7TW irons, which the company just this last week made available to consumers. As he has for the majority of his career, Tiger has them equipped with True Temper's Dynamic Gold Tour Issue X100 shafts.
- As he has since the Memorial last year, Tiger plays Milled Grind wedges in a raw finish with a custom grind to his specification. As has become the norm, he plays a 56° & 60°, equipped with Dynamic Gold Tour Issue S400 shafts.