(Richmond, VA) – Devant Sport Towels, a leading name in custom sports towels, has renewed its license agreement with the PGA TOUR through 2020. Devant has proudly held this license since 2013. As part of this relationship, Devant towels will be available for purchase in the merchandise tent at the TOUR Championship at East Lake Golf Club, in Atlanta, Georgia, the week of August 19-25. 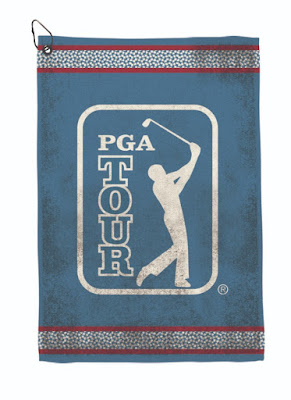 The PGA TOUR series of towels features the Edge towel and three Arbor Custom Woven towels. The Edge towel measures 16 x 25 and is made of super absorbent 100% cotton thread. The PGA TOUR logo is showcased in the middle of the towel and complemented with a gray pinstriped background and a solid navy-blue border. The Arbor Custom Woven towels feature the PGA TOUR logo woven in a blend of luxurious birch silk and cotton yarn. These three towels come in a 16 x 24 size and feature three different colors: Pewter, Black and Gray.

The Edge Towel is made exclusively by using Devant’s proprietary Image Dye process, which utilizes environmentally friendly water-based dyes. This process allows for the sharpest, highest quality image while still maintaining the towel’s softness and absorbency. The Edge Towel comes with a carabiner and the Arbor Woven Towel comes with a two-way clip.

The PGA TOUR Series Licensed Collection is available at select golf stores and at devantsporttowels.com for a suggested retail price of $19.95.
Posted by Blogger at 6:30 AM