(PALM BEACH GARDENS, Fla.) – The PGA of America today extended its agreement with Michelob ULTRA, which will remain the “Official Beer” of the PGA Championship through 2023. 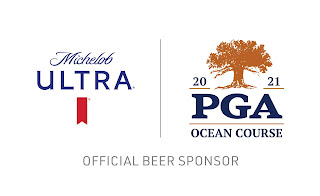 The agreement began with the 2020 PGA Championship, won on Aug. 9 by 23 year-old Collin Morikawa, who emerged from a tight and talent-heavy leaderboard to claim the first major championship of his young career.

Michelob ULTRA was previously announced as the “Official Beer” of the 2018 and ‘19 PGA Championships, as well as the 42nd Ryder Cup, which will be played Sept. 21-26, 2021, at Whistling Straits in Kohler, Wisconsin.

“We’re elated to extend this partnership and build even more positive momentum in the coming years,” said PGA of America Senior Director of Partnerships Luke Reissman. “There is a high degree of positive energy and spirit associated with our relationship with Michelob ULTRA. We share a motivation to improve year over year by reaching diverse audiences who have a passion for sports and wellness.”

“Beyond partnering with an iconic brand like Anheuser-Busch, we look forward to collaborating with the Michelob ULTRA team to create on-course activations which will enhance the experiences in our Spectator and Corporate venues,” added John Handley, PGA of America Director of Championship Sales & Marketing.

“Golf is a passion for many Michelob ULTRA drinkers, so we’ve seen firsthand the joy that the sport brings to both players and fans, on and off the course,” said Ricardo Marques, Vice President of Michelob ULTRA. “Nothing excites us more than unlocking opportunities to engage golf-lovers in new, fun and innovative ways, so we look forward to extending our role as the Official Beer of the PGA Championship.”

For more information about the PGA Championship, visit PGAChampionship.com.
Posted by Blogger at 6:00 AM