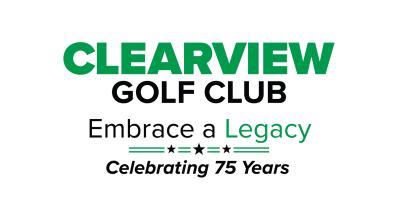 “It is fitting that as we celebrate 75 years, we honor the legacy of my dad and mom and celebrate the future of Clearview Golf Club,” said golf legend and LPGA/PGA head golf professional Renee Powell. “We have received so much support for our programs serving people of all abilities, backgrounds and race. The new campaign will ensure Clearview will sustain its place as a beacon of golf inclusivity and minority entrepreneurship in golf.”

KPMG, the LPGA and the Mariah Stackhouse Foundation have teamed up to produce the Renee Powell Clearview Legacy Benefit on June 28 at the Bobby Jones Golf Course in Atlanta. Proceeds from the event will support the 75th anniversary campaign. It will begin a collection of summer events in support of Clearview’s legacy, culminating with the 38th William Powell Clearview Celebrity Tournament on August 28 at Clearview GC.

The 75th anniversary campaign will preserve the legacy of the course through an Educational Center that will display the rich archives of the Powell Family and other pertinent golf memorabilia. The campaign will also fund the first irrigation system for the course and an endowment to ensure the future operations of Clearview for the next 75 years and beyond.

The Foundation’s educational programming will continue to conduct therapeutic programs for military veterans through Clearview HOPE for women and PGA HOPE for men. In addition, Clearview will train and develop aspiring young leaders in golf from diverse backgrounds to continue to carry on William Powell’s “clear vision” for decades to come.

To support the Clearview 75th anniversary campaign, visit www.clearviewgolfclub.com/clearviewlegacyfoundation. The campaign is an activity of the Clearview Legacy Foundation, a 501c3 tax exempt charitable foundation. All donations are tax deductible.