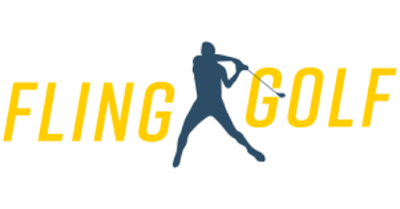 (AMESBURY, Massachusetts) – FlingGolf, a sport played with the specially designed FlingStick thrower to accurately launch and putt regulation golf balls and play the game in a whole new way, recently scored with the Sharks on ABC’s Shark Tank. Entrepreneurs Alex Van Alen and John Pruellage landed a deal, giving a significant nod to the viability of the inclusive and quickly emerging sport. FlingGolf can be played everywhere and since its inception has been played on over 1,200 golf courses in more than 27 countries, with a growth rate of more than 160 courses per year.

According to Alex Van Alen, FlingGolf founder and CEO of New Swarm Sports LLC, FlingGolf’s parent company, FlingSticks are popular with those new to the sport and golfers alike with 65% of sales since the sport’s introduction going to those already playing the game, and 35% going to non-golfers visiting a course for the first time.

“Golfers love the new take on the sport while others who are new to a golf course appreciate how quickly it levels the playing field. New FlingGolfers can play right along side traditional golfers after just one short lesson,” said Van Alen.

Played with similar rules as golf and in the same format but with just one stick, FlingGolf is infusing new energy into the industry, attracting a more diverse, younger generation of players. FlingSticks come in a variety of performance styles from The Launch, the no-frills option to get you out on the course, to The Stinger, the high-performance customizable choice. Both are available in bulk orders for courses to create a rental fleet. The Ballistick and The Junior appeal to the taller and youth Flinger respectively.  Fully customizable head graphics include Carbonite, Patriot, Dune, Wildfire, Blue Flame, Blue Camo, Lizard King and Desert Camo. The Patriot and Wildfire have been in very high demand since Shark Tank aired. Prices range from $119 - $204.

Early adopter golf courses that include rental FlingStick packages and group activities have reported generating as much as $50,000 in incremental revenue annually and averaging over 1,500 rounds by filling empty tee times.  Here are three examples of how courses are generating thousands of additional rounds: https://flinggolf.com/pages/course-owners

“The best thing about our FlingGolf League is the atmosphere and how excited people are to play for the first time as well as for the 10th time.  Player wise, we get young adults, women of all ages, kids as young as 8 years old, and the working crowd who is looking for a fun thing to do some evenings. FlingGolf truly isn't limited to any single group. When people give it a try and realize how much fun it really is, that's what keeps them coming back.”

“There is an opportunity to both rejuvenate the interest of lapsed golfers’ and to attract an entirely new segment of players to golf courses looking for additional revenue,” said John Pruellage, New Swarm’s President. “It’s like what snowboarding did to the ski industry decades ago, ultimately propelling innovation and bringing new crowds to resorts. Similarly, FlingGolf has created a way for friends and family to enjoy being outside together, on the same terrain but with different equipment.”

The idea for FlingGolf started in the childhood backyard of Van Alen and his brothers combining equipment and competing in their own “original sports” programs. Football on skates, ultimate frisbee on dirt bikes and one that stuck, golf with a lacrosse stick. Fast forward and the obsession to throw a golf ball 200 yards turned into the patented FlingStick and the new sport of FlingGolf.

New Swarm Sports LLC is the parent company that promotes FlingGolf and manufactures and distributes its patented FlingStick thrower through its e-commerce platform, www.flinggolf.com.