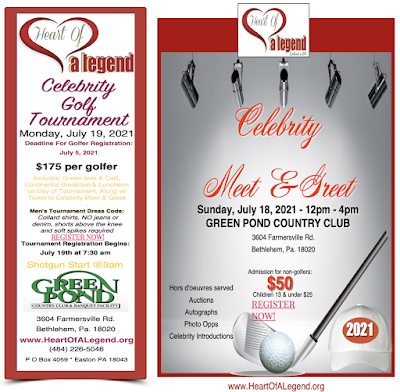 The night of June 9, 1978 was like no other for Larry Holmes. He had only three minutes left in his first championship boxing match. Ken Norton, the reigning champion, had gone toe to toe with him for fourteen grueling rounds. Larry knew that his career depended on this 15th round.

Seated not too far from the ring, rooting for him like she did at every one of his 27-0 professional career fights, was Diane Holmes. She knew that Larry’s talent and hard work had brought them from their small city in Pennsylvania to Las Vegas. Time and time again she watched that night as the advantage would flip from one fighter to the other. She also realized, as did everyone at Caesars Palace, that the fifteenth round would determine the winner.

Larry, with Diane by his side, walked away that night as not only “The Easton Assassin” but as the WBC champion. Although only 28 years old, Larry did not succumb to the pressure of the venue or the national television audience. Somehow, during that exhausting fifteenth round, Larry found the energy and strength in the final 30 seconds of the fight to stagger Norton with a right cross and a stinging uppercut. Those final seconds secured his victory as the world’s champion.

Larry Holmes knew, later that evening, that he was now the focus of professional boxing in America. Make that the world. Over the course of seven years, from 1978 to 1985, Larry would successfully defend his title 19 times. He would face great boxers like Muhammad Ali, Earnie Shavers, Mike Weaver, James “Bonecrusher Smith” and Carl “The Truth” Williams. For his title defense against Gerry Cooney, on June 11, 1982, Caesars Palace specially constructed a 32,000-seat stadium, and millions more watched on television around the world as Larry again successfully defended his world’s title.

The night of June 9, 2018, will also be very special because it marks the 40th anniversary of Larry winning the world’s boxing championship. And he is still fighting and holding the title of “The People’s Champ”. The Champ supports organizations that assist disadvantaged Americans. And not surprisingly, Diane is right there by his side. Their only goal – to leave behind a legacy of community support outside the ring that is just as important as Larry’s successes in the ring.

Larry and Diane formed a charitable foundation Heart of a Legend in 2015. The mission of Heart of a Legend is to help the underprivileged, without regard to age. But Larry and Diane were also not going to forget their chosen hometown of Easton, Pennsylvania. As the organization says on its website: Our purpose is to continue supporting and assisting local agencies and community organizations in meeting their needs while keeping our city BEAUTIFUL!

With Heart of a Legend, Larry and Diane gladly joined a movement in America recognized as "a growing national awareness of black philanthropy." They have not just supported but have led the way for “Heart of a Legend” to help those in need in the Easton area. It goes unsaid that they have pledged their financial support on occasions too numerous to mention. More than their money, they have donated their time and talents to causes that benefit children and needy members of their community. They work to give local students the opportunity for a post high school education. They are ardent believers in protecting older Americans, and have supported organizations which seek elder justice. They have joined with others to combat sexual violence.

This should not be a surprise to anyone. A little research shows that philanthropy has long been a stable characteristic of African-American society. The esteemed researcher and author, Mary-Frances Winters, wrote, in Reflections on Endowment Building in the African-American Community, that “Black Americans have been compelled to share and give back from the moment they arrived on the shores of this country. When they have money to give, they give; when there was no money to give, a generous heart, a strong back or a keen mind. As a value, ‘giving back’ is firmly rooted in black history.”

Nor does the story end with an appreciation of black philanthropy. With Larry and Diane’s guidance, Heart of a Legend takes a leadership role to encourage diverse participation in community projects. A look at the organization’s board members shows that Heart of a Legend crosses many cultural lines. The only commitment is to give something back to society.

Heart of a Legend has already helped many worthwhile charities. In 2016, it donated computers to The Third Street Alliance for Women and Children, which provides, among other services, a shelter for homeless women, women with children, and families. In 2017 Heart of a Legend helped raise money and awareness for the Pennsylvania Coalition Against Rape, a statewide group working to eliminate sexual violence and to advocate for the rights and needs of sexual assault victims, and the SeniorLAW Center, whose mission is to protect older Pennsylvanians with legal representation, education and advocacy. Heart of a Legend has provided financial support for Safe Harbor, a facility in Easton that provides safe and secure housing and case management for homeless men and women.

And in 2018, for the first time, Heart of a Legend is awarding financial grants to high school students from the Easton area. They call the program “Tomorrow’s Legends Awards” and the numerous honors are designed to recognize moral character, achievement, humanitarian leadership skills. There are many other projects that Heart of a Legend, still in its infancy, has started. And many others are on the drawing board.

Larry Holmes’, quicker than lighting jab took him to the world’s championship of boxing in 1978. But it is his passion to promote the well-being of all his neighbors, and of all citizens, that makes him still a Champion in 2018.